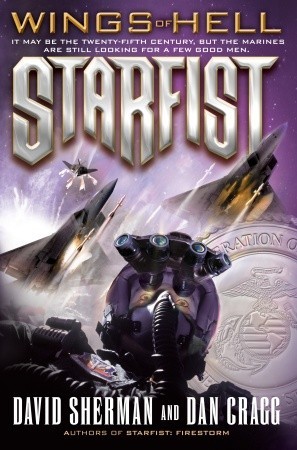 No one captures the action and sacrifice of war better than real combat vets David Sherman and Dan Cragg.


Of course, Company L's third platoon has fought these aliens before, but never before in these numbers. Planet Haulover has been invaded by Skinks. Until now the aliens' existence has been kept confidential.


But Force Recon's shocking report leaves the Confederation no choice but to mount a military campaign and reveal to the public its biggest secret: the threat of fierce alien predators bent on human destruction. What's no secret is that the four army divisions and two Marine FISTs sent to Haulover aren't nearly enough to defeat the well-entrenched aliens, who have a tunnel system second to none.

Until now, the aliens' existence has been hushed up. But Force Recon's shocking report leaves the Confederation no choice but to mount a military campaign against these alien predators bent on human destruction.

Meanwhile, back home, the Confederation's president is being denounced as a warmonger out to exterminate "harmless" aliens. If she loses the upcoming elections, the Confederation will have a lot more Skinks to worry about than the ones on Haulover. Newly promoted Lieutenant Charlie Bass and his third platoon have more pressing concerns, such as staying alive.