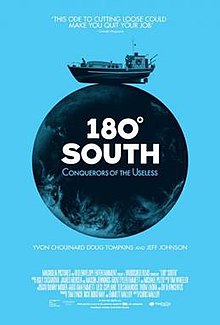 No Impact Man. A newly self-proclaimed environmentalist who could no long avoid pointing the finger at himself, Colin leaves behind his liberal complacency for a vow to make as little environmental impact as possible for one year.

Journey Through The Past

No more automated transportation, no more electricity, no more non-local food, no more material consumption That is, until his espresso-guzzling, retail-worshipping wife Michelle and their two year-old daughter are dragged into the fray. A powerful and unusually intimate portrait of modern environmental activism, Elemental captures the stories of three eco-warriors, separated by oceans, but united by their deep connection with nature and commitment to confront some of the most pressing ecological challenges of our time. Racing Extinction. Racing Extinction is an eco-thriller that examines mankind's role in mass extinction.

180° South: Conquerors of the Useless

Academy Award-winning documentary filmmaker Louie Psihoyos joins scientists, environmentalists, artists, and engineers to draw attention to this pressing issue. Shane McConkey is revered as a pioneer of freeskiing and ski-BASE jumping, and through his talent and ability to use his trademark irreverent humor, he inspired countless lives. Through interviews with friends, family, and other action sports legends, the film celebrates Shane and the way he lived.

Tour Dates Announced for 180 South: Conquerors of the Useless